It’s been almost a week since your passing. Frankly I’m still reeling from the tragic news, trying to process having to write this in the past tense.

Nobody out there has inspired me more than you to search for the very best in food out there… from down and dirty street carts to the finest of restaurants. And at the end of the day, it’s all those meals… those food memories from travels, that form the core of the person and cook I am today. This happiness I’ve found since leaving my city career behind to follow my heart into food, I owe entirely to you. What hurts the most is how those of us whose lives have been touched by you will never have the chance to repay that debt of gratitude.

Just to have the chance to meet, yet alone be mentored by you on The Taste will always be one of my life’s greatest privileges. What struck me most in the short time I got to know you on set was your depth of knowledge and immense respect you had for the myriad of world cuisines out there. The way you pin-pointed the Malaysian-Nyonya roots in my Sambal Udang dish without anybody telling you who had cooked up the dish or where it came from during the blind auditions of the competition will never cease to blow my mind. 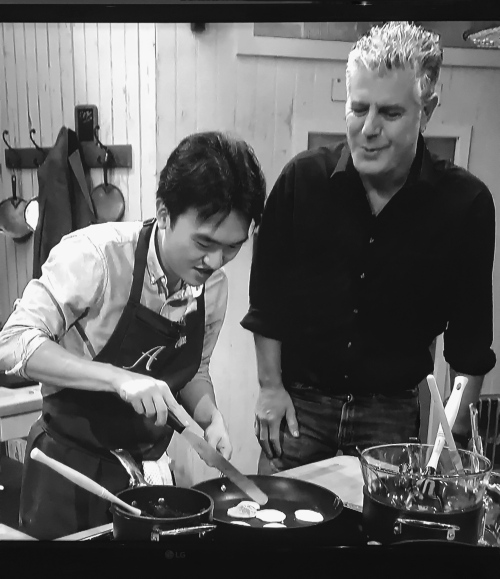 I will forever remember those brief few weeks in the kitchen together. You teaching me how to make a Mexican Mole… me teaching you my family’s Penang Laksa recipe…  and that time we pressure-cooked tripe for Fergus Henderson – a man I know you regarded as one of your biggest food heroes. I’m sure I won’t be the first who you’ve crossed paths with to say this, but you had that incredible ability to make It seem like we’ve known each other for ages despite having just met.

In between the camera takes of making fishballs from scratch and flipping canapé blinis, I will remember how fondly you spoke of your family. How much you missed them on your travels. How having Ariane forever changed your life for the better. I can’t even begin to imagine what those nearest and dearest to you are going through right now and can only send them my prayers and best wishes.

Busy as you were, you always found the time to reply the occasional message we exchanged over the years after the show. Like the time we both ended up in Borneo at the same time by chance. Or your note of thanks after I wished you Happy Birthday for your 60th. I was initially surprised you found the time to reply. But then again, that was who you were – still completely down to earth despite the fame you had found.

I wish I could introduce you to my family and the woman I’m going to be marrying later this week. I think you guys would have got along. I wish I had the chance to cook up that family meal at my place we taIked about. More than anything else, I wish we all lived in a different time. One where depression and mental health issues have been completely destigmatised. A world where anyone suffering from mental health problems can feel at ease enough to discuss it openly with family & friends over the dinner table as if it were as common as a cold, bad back or sprained ankle. Parents and schools should teach children about mental health issues from a young age so empathy is ingrained from youth. We need to lookout for one another more and strive to be as good a listener as you were.

“I’ll miss you”. Those were the last words you spoke in person to me 5 years ago as I left the competition. But it is I… we… this planet that you’ve made so much smaller through your body of work that will miss you more than words will ever be able to say. World cuisine, in particular the food of the Far East & South East Asia which was so close to your heart has lost one of its biggest champions.

Thank you and RIP sensei. I hope there’s plenty of Laksa, Pho & beers where you are. 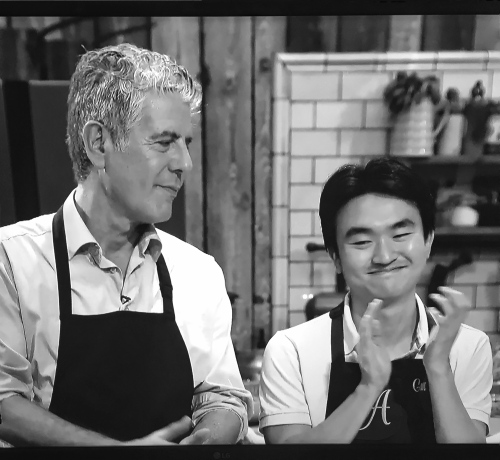 ← Pintxos Heaven: a round up of the best Pintxos in San Sebastian
Recipe: Sayur Masak Lemak →

2 thoughts on “R.I.P. sensei: in memory of Anthony Bourdain”