This light, nourishing broth, bursting with anti-oxidants and vitamins is the Malaysian-Chinese mother’s miracle cure for that cold you just can’t shake off. A single bowl of this detoxifying elixir, packed full of watercress, goji berries and carrots will fulfil of your entire week’s superfood quota in one hit. A staple dish at our family dinner table, my godmother would always bring a large bowl of this out, followed by a firm instruction to ‘lai, lim th’ng!’ (literally meaning ‘come drink soup’ in our local Hokkien dialect). 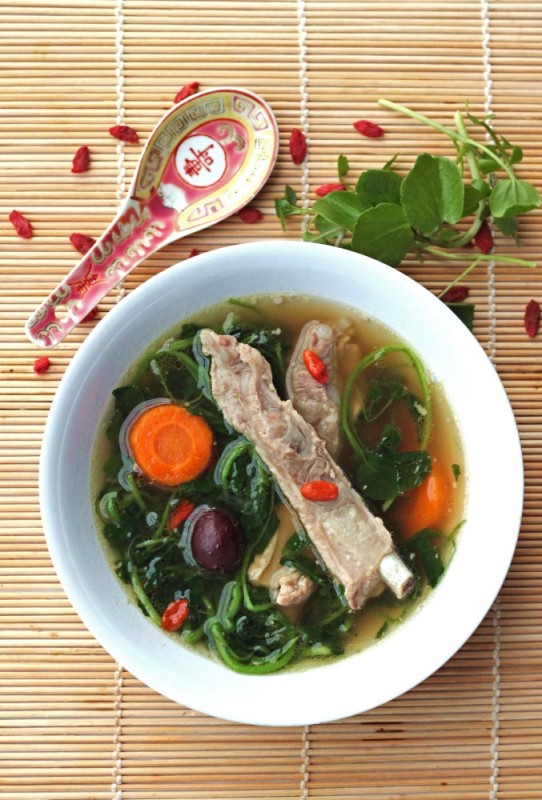 It’s one of the simplest things to make and the flavours, although delicate, are incredibly delicious and rejuvenating. Cook this soup long and slow until the pork ribs become melt-in-the-mouth tender and fall off the bone. You can also substitute the pork ribs for chicken portions if you prefer.

It’s the mother of all Malaysian-Chinese broths!

← A Tasting Evening at the brilliant Brasserie Chavot
San Francisco: the golden gate to foodie heaven →