After more than 8 years in London, I finally got round to sorting out my driver’s licence last year (an actual official UK one that is… not the ‘made in Malaysia’ type which I bought in my teens =P). With that has come the liberation and ability to explore the best grub there is to find beyond London in the British countryside. Destination: Le Manoir Aux Quat Saison in Great Milton. No Cotswolds foodie roadtrip would be complete without a stopover at Raymond Blanc’s double-Michelin starred Country-house retreat. A belated birthday present for Jo, we expected to be doted upon, spoilt and wowed like no other. And that’s exactly what we got. 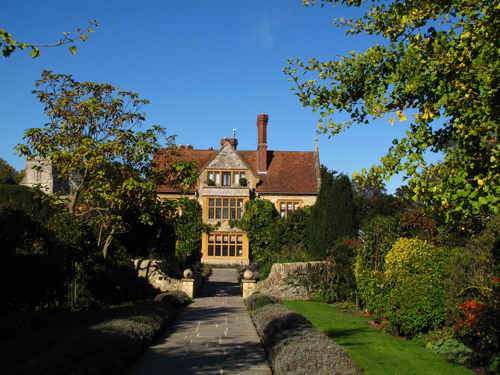 Before we even get to the food, I must mention their rooms. Each of Le Manoir’s rooms are  individually designed and unique throughout. If you are fussed about the specific one you want (as we were), be prepared to wait a couple of months for availability. Our hearts were set on their Rouge et Noir room from the start – its contemporary-oriental deco and juxtaposing contrast of deep reds versus jet black motifs make it the most dramatic of Le Manoir’s rooms by far. And with free flow Madeira Wine in the room and your personalised choice of pillows & blankets to accompany their ginormous, ultra-comfy beds, I started to wonder what it would cost us to stay here forever. 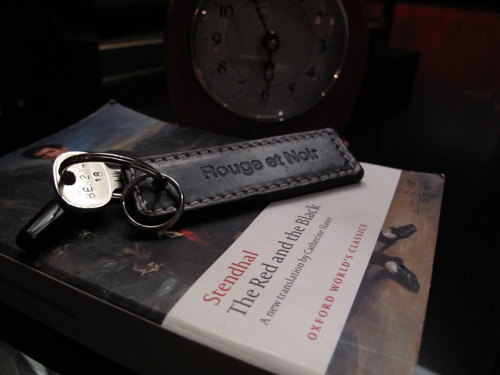 Now onto Le Manoir’s main draw – the food. Raymond Blanc’s French Cuisine combines the freshest and best of produce, flawless cooking technique and a dash of inventive flair. In fact, a lion’s share of the ingredients come straight from Le Manoir’s own two-acre veg & herb garden on its doorstep which produces over 150 varieties of greens and herbs – all of which are used in the kitchen. We stuck to their 5 Course Classiques menu which came part of the offer package, but you can opt for A la Carte, or Blanc’s more adventurous 10-course Découverte menu instead.

The meal was a bit slow off the mark initially. The first course of Scallop and Tuna cerviche was in fact much smaller than the photograph above suggests. Taste-wise, it wasn’t unpleasant, but hardly any different to good sashimi you can get in any decent Japanese restaurant (with some small micro leaves and fennel to accompany). Slightly disappointing.

Everything else though was quite sublime. The Risotto, perfectly executed – the rich earthiness from the truffle shavings and cream complementing the juicy, wild mushrooms and al-dente Arborrio rice wonderfully. The Cod had a beautifully firm texture from light salting and was lovely with the very crispy skin, jabugo ham and comforting soubise sauce. The Duck was an inventive take on the classic Duck a L’Orange – the soothing jasmine tea-based sauce, bitter-sweet caramelised chicory and Mandarin curd elevating the dish to that next level.

A Bitter Cocoa sorbet nestled in a Pistachio souffle

Dessert was easily the most inventive dish of the night: a rich cocoa sorbet nestled in a flawless, air-light pistachio souffle. There’s something very satisfying about taking that first scoop of any well-made souffle that is just out of the oven. But add to that the further dimension of the ice-cold, bitter-sweet, chocolatey sorbet in the middle and what you have is yet another outstanding Classic that’s been given an ingenious dash of originality.

I hear Le Manoir is even more stunning come Spring time when the garden is in full bloom and there are towering hedges of Lavender on the main walkway leading up to the Manor.  No doubt, you have to dig deep into your pockets (their mid-week Room+Dinner+Breakfast packages start at ~£600/night) to be spoilt and doted on by the exceptional staff here. But its one of those places where even if you spend just one night, you will feel as if you’ve gotten a month’s worth of rest. If I had all the money in the world, I would be up in Great Milton every season of the year.

p.s. let me know what you think about the new look blog!