Hej hej Stockholm! Where to eat in the Swedish capital

Effortlessly stylish, Stockholm’s elegant buildings, cobblestone streets and vast open spaces make for one of Europe’s best looking cities. Despite numerous islands and connecting bridges, the city still feels very compact and is completely explorable on foot. Add to that the amiable, straight-talking locals plus some of the bluest skies and waters I’ve seen anywhere and it’s no wonder its up there with my favourite cities out there. 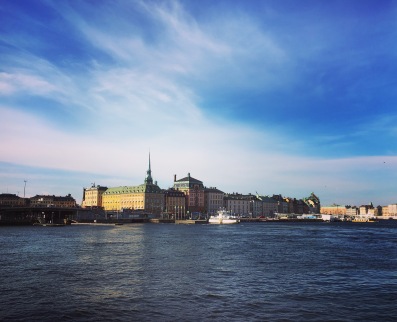 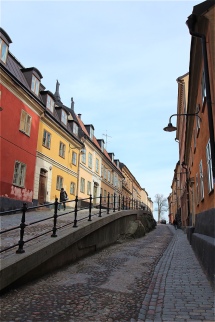 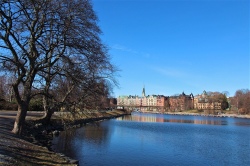 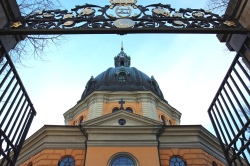 Of all the things here in Stockholm though, it was the food scene which really surpassed my expectations. Traditional fare like Gravlax, rökta räkor (smoked shrimp) and Swedish meatballs rub shoulders with some of the most cutting-edge restaurants in the culinary world. A word of warning: dining out here is expensive, especially if you like a tipple with your meal (alcohol is heavily taxed by the state, so be prepared to pay some of the highest prices anywhere on the planet). Cost aside though, the focus on quality and provenance of the produce doesn’t lie. And if you go easy on the booze and mix up Michelin stars with more budget options on the go, you can still eat incredibly well without burning a hole in your wallet.

Here’s a round up of our favourite eats in Stockholm from earlier this year.

Feast on old-school, primal cooking in its purest form at Niklas Ekstedt’s 1 Michelin star restaurant. Smoked, baked, chargrilled… everything from Ekstedt’s kitchen is cooked over wood-fire… no gas or electric cookers in sight. There were top dishes all round from start to finish, but their Wild Duck ‘from the ashes’ with truffled cabbage, Jerusalem artichokes & tarred vinegar has got to be one of the best meat courses I’ve ever come across. 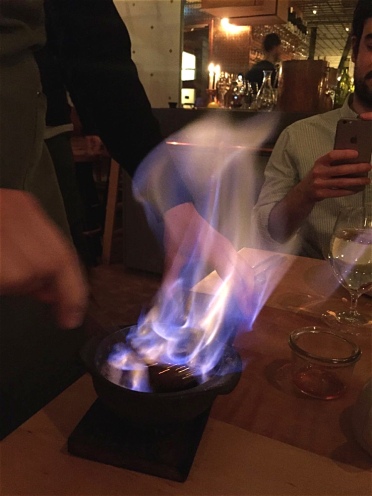 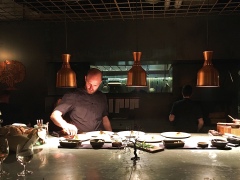 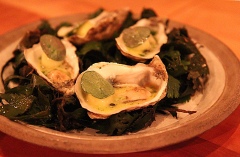 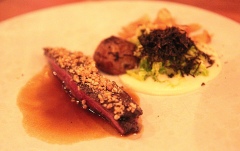 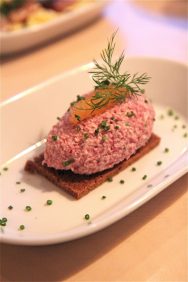 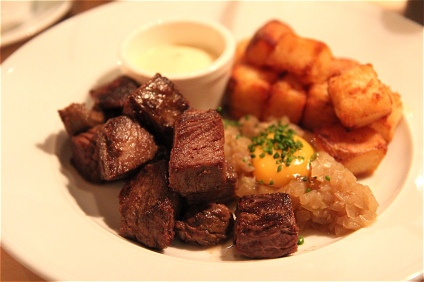 Molecular gastronomy meets the best of Swedish produce at Gastrologik. Our 18-course surprise tasting menu here is up there with one of the best meals we have ever had. The innovative combos & focus on local, seasonal ingredients here is next level. There was celeriac baked in local algae… seared kid loin with goat’s cheese (the cheese allegedly made from the milk of the kid’s very own mother in the same farm!)… even Reindeer tacos. And just when you thought that was it, out come the beaver musk petit fours (who knew beaver butt sweats had a vanilla scent!?!). A 1 Michelin star restaurant that’s pushing the boundaries and punching well above its weight. 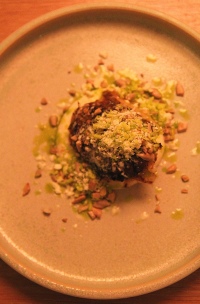 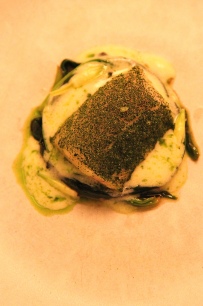 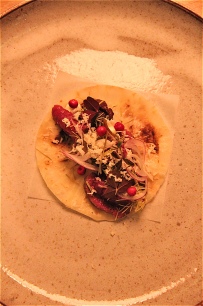 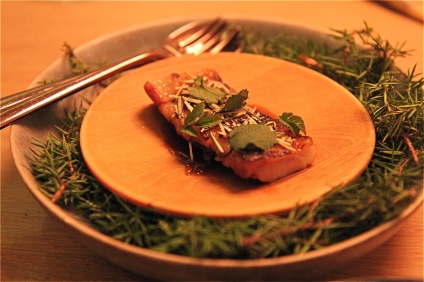 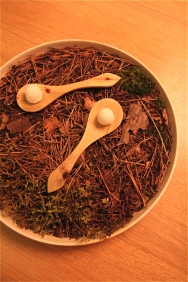 Tuck into a Scandi-Style brunch by the waterside at Oaxen Slip in Djurgarden – the more casual, sister bistro to the 2 Michelin star Oaxen Krog housed next door. Local delicacies like herring, gravlax and bleak roe are given a modern spin in this most beautiful of spaces. The sweet Norrona herring served with with potatoes, butter fried rye, sour cream & dill is a must! 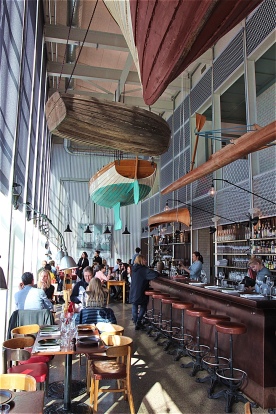 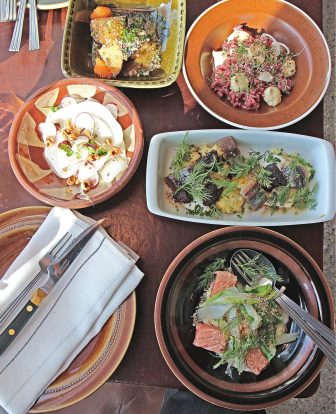 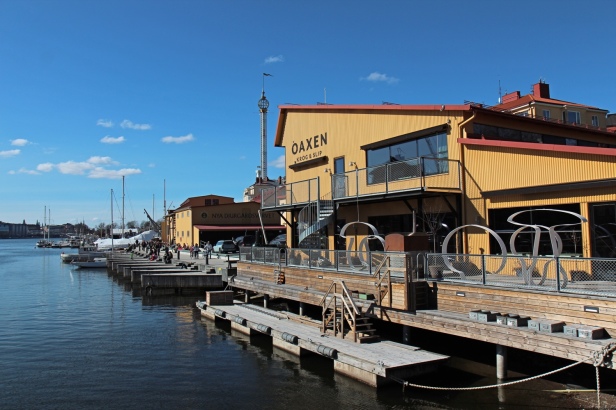 Grab some gravlax and smoked fish to go from renowned seafood purveyor Lisa Elmqvist. Or tuck into Swedish meatballs or Smørrebrød (open sandwiches) from the various butchers and delis on offer. Ostermalm’s Saluhall Market is your one stop shop for traditional Swedish delicacies of all sorts. At present, the historic market hall is undergoing refurbishment until April 2018. However, you can find all the merchants trading at a temporary space on Östermalmstorg square just beside the main building. 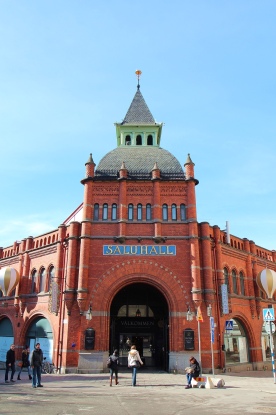 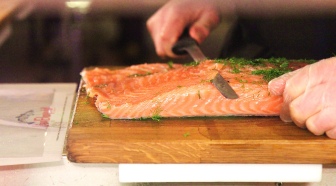 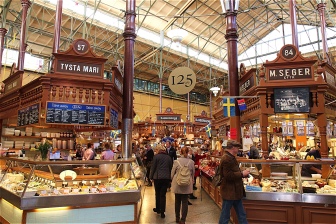 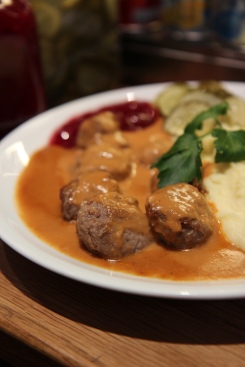 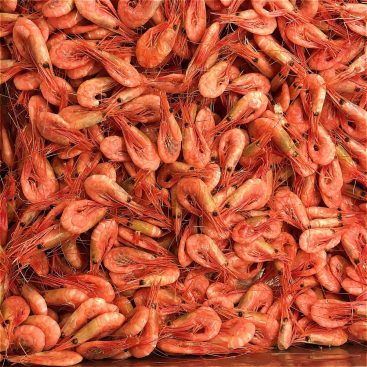 Take a break as the Swedes do over coffee and pastries. Stop by one of the city’s Fabrique bakeries or Urban Delis around town to sample their delectable Cinnamon and Cardamom buns. Or head over to Vete-Katten for a slice of Swedish patisserie history. Their Vanilla Tosca buns filled with Apple compote & topped with caramelised nuts are the business. Or if you are feeling more decadent, there’s their famous Prinsesstårta – a traditional layer cake with pastry cream and marzipan. 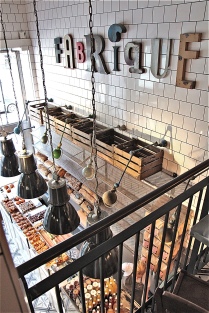 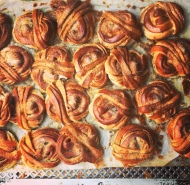 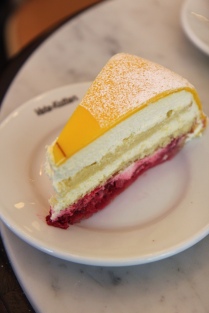 Skål Stockholm! We will most definitely be back again.